The Merciful Way To Settle Disputes 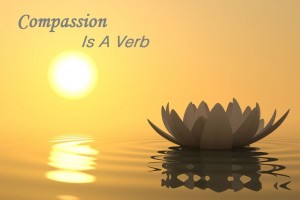 Why do we continue on the wrong track when it comes to working out problems and disputes between believers? We keep repeating the same thing over and over like we are insane! Why do we think that we can solve our problem with someone by talking to others about it? Is it because we are secretly rejoicing that we have the chance to put that person in his place? Is it because we are jealous of him or we don’t like him for some reason and we want to show ourselves to to be superior like being in the Kingdom is some sort of competition with others rather than with ourselves? If so, we have missed the point. Our competition is OUR flesh, not someone else’s flesh.

Jas 4:1 What causes quarrels and what causes fights among you? Is it not this, that your passions are at war within you? Jas 4:2 You desire and do not have, so you murder. You covet and cannot obtain, so you fight and quarrel. You do not have, because you do not ask. Jas 4:3 You ask and do not receive, because you ask wrongly, to spend it on your passions. Jas 4:4 You adulterous people! Do you not know that friendship with the world is enmity with God? Therefore whoever wishes to be a friend of the world makes himself an enemy of God.

The Bible gave us the solution to our problems with others, but we ignore it with avoidance behaviors.

Mat 18:15 “If your brother sins against you, go and tell him his fault, between you and him alone. If he listens to you, you have gained your brother.

We either sweep it under the rug or we run to our friends for support and consolation. Sweeping problems under the rug will only cause the pile of dirt to grow if that person offends us again. Running to our friends for support and consolation is to give a false report. It is an accusation of someone without giving him the compassion and mercy to let him face his accuser. Both of these behaviors are unjust.

The lie of the devil is always that the Torah’s way of handling situations will not work. I know satan has told me that lie. The right thing to do is to go the person with whom I have a dispute, right? Yet, satan says, “He won’t listen”, or “You’ll lose a friend”, or “This will result in a fight”, and “You need to avoid further conflict. Go talk to Suzy, instead. If you vent to her, you’ll feel better”. I’m almost 60 years old and I can tell that talking to Suzy about Joe has never made feel better. It has only served to build my resentment toward Joe.

The Bible and Yeshua’s protocol is to NOT to avoid our brethren in any matters of offence or dispute. In fact, Yeshua, through Paul, said to not even let the sun go down on our anger.

Yet we will sometimes wait for years before we address the problem properly.

It is nerve racking to go to someone about our offense toward him. It makes the blood pressure rise and the heart pound. Will he attack me with words that hurt me or even attack me physically? Will the friendship be utterly destroyed and no reconciliation happen? But the worst fear is that we will find out about our own contribution to the dispute. Facing ourselves is worse than anything anyone else can do to us.

Going to the one with whom we have a dispute requires the ability to lay down our life for him. We have to be willing to be wrong and to repent. We have to be willing to love him even though we are angry with him because this is what justice requires. We have to be capable of showing good fruit – love, patience, kindness, compassion – in the face of possible backlash from him. If we are not capable of showing such good fruit, then we will definitely be afraid of confronting our problem with our brother.

There is recourse if we go to a brother to reconcile a dispute that results in backlash and/or abuse from him.

Mat 18:16 But if he does not listen, take one or two others along with you, that every charge may be established by the evidence of two or three witnesses.

It is only after we have made the attempt that we now have authorization to go to others to discuss it for the purpose of getting help. But we must choose the right people. We are still not to choose our personal friends because no reconciliation can come from that, only more hard feelings. Instead, we are to approach elders, men and women of high integrity that are held in high regard, to help us.

The help they give should be to arrange a meeting between our brother, themselves and us. But what if the brother won’t come? The next step is to call a public meeting with the entire community or congregation where the person who has the dispute with the brother will give testimony about the dispute and the step he took to repair the breach with his brother. Then, the elders whose attempt to arrange another meeting which was rebuffed will testify that the brother is not willing to work out the problem.

Why is this protocol, rather than everyone running around talking about it on separate occasions, YHVH’s preferred method? It is because everyone will have the same story. There won’t be different accounts floating around the community as long as everyone will refrain from having more closed-door meetings with their friends afterward to compare notes. But more importantly, it gives the community the opportunity to follow the Bible and the elders’ recommendation of “setting the offender outside the camp”.

Num 12:1 Miriam and Aaron spoke against Moses because of the Cushite woman whom he had married, for he had married a Cushite woman. Num 12:2 And they said, “Has the LORD indeed spoken only through Moses? Has he not spoken through us also?” And the LORD heard it. Num 12:3 Now the man Moses was very meek, more than all people who were on the face of the earth. Num 12:4 And suddenly the LORD said to Moses and to Aaron and Miriam, “Come out, you three, to the tent of meeting.” And the three of them came out. Num 12:5 And the LORD came down in a pillar of cloud and stood at the entrance of the tent and called Aaron and Miriam, and they both came forward. Num 12:6 And he said, “Hear my words: If there is a prophet among you, I the LORD make myself known to him in a vision; I speak with him in a dream.

Num 12:15 …So Miriam was shut outside the camp seven days, and the people did not set out on the march till Miriam was brought in again.

Why would the LORD hold everything up, make no further progress toward the Promised Land, until Miriam’s time outside the camp was over? It is because our flesh cannot inherit the Kingdom. All disputes have something to do with someone’s flesh. In the case of Miriam and Moses, it was Miriam’s flesh and it teaches us that someone can be 100% in the wrong. When Yeshua was crucified, it was because peoples’ flesh was involved. He was 100% in the right, they were 100% in the wrong. Usually though, disputes are proportioned between the people involved.

Setting the offender outside the camp for non-reconciliation is the right thing to do.

But it takes the agreement of the entire community or congregation for this to be effective. In the context of the culture back then, a Gentile was not permitted in the congregation until he had come into covenant with YHVH. This requires repentance, turning away from the world’s culture where we can do anything we like and treat people any way we see fit. The former brother who has been set outside the camp is not permitted to worship or be part of the congregation unless he repents and restores the covenant to himself. The purpose of doing this is to cause the offending brother to come to his senses and realize that he needs to repent and reconcile. That is how he will be saved in the day of the LORD.

In the case of someone who was committing sexual immorality, Paul said:

1Co 5:5 …you are to deliver this man to Satan for the destruction of the flesh, so that his spirit may be saved in the day of the Lord. 1Co 5:11 But now I am writing to you not to associate with anyone who bears the name of brother if he is guilty of sexual immorality or greed, or is an idolater, reviler, drunkard, or swindler–not even to eat with such a one. 1Co 5:12 For what have I to do with judging outsiders? Is it not those inside the church whom you are to judge? 1Co 5:13 God judges those outside. “Purge the evil person from among you.”

This is the same protocol given in Matthew 18:17. The only difference is the list of reasons given in 1 Corinthians is expanded more than in Matthew. In Matthew 18:15-17, the reason Yeshua gives for setting someone outside the camp is for non-repentance only. But as with Miriam, slander is a reason for doing this, too. In the Torah, sexual immorality is punished by death. Paul could not tell the Corinthians to kill the sinner because they lived in a foreign country with its own different laws. Paul could only recommend they set the man outside the congregation.

Let us use the key to the Kingdom and “loose”, or stop acting from our flesh, and “bind”, or be willing to lay down our lives, for the cause of justice toward each other. Only then will the LORD stop holding up the coming of His Kingdom and let us make progress for its return.

Let us loose the evil that is causing confusion between ourselves and others and bind ourselves to the way Yeshua loves His people. Remember our “kedushah”, our duty to uphold that which the LORD says is holy. He said His congregation is a “holy people”. Therefore, when we approach each other, let us do it as if we approaching something that is holy to the LORD.

For more teachings, go to The Messianic Message.

Kimberly Rogers is an advocate of balanced living. This means to put effort into, and be healthy in, all areas of life - body, mind, spirit, home, relationships and finance. Kimberly is a Bible teacher, news analyst and wellness advocate. She can be contacted at kimberly.rogers@livelongbewell.com. See also http://beastwatchnews.com for the latest news headlines that are fulfilling Bible prophecy. Go to http://themessianicmessage.com for Bible teachings.

Kimberly Rogers is an advocate of balanced living. This means to put effort into, and be healthy in, all areas of life - body, mind, spirit, home, relationships and finance.

Kimberly is a Bible teacher, news analyst and wellness advocate.

She can be contacted at kimberly.rogers@livelongbewell.com.

See also http://beastwatchnews.com for the latest news headlines that are fulfilling Bible prophecy.

Go to http://themessianicmessage.com for Bible teachings.